AKSUM: LAND OF THE QUEEN OF SHEBA The oldest continuously-inhabited city in sub-Saharan Africa, Aksum was founded more than 3,000 years ago in the days of the Queen of Sheba. It served as capital of the Aksumite Kingdom, which was the dominant trade entity in the Horn of Africa for over a millennium prior to the rise of Islam, stretching from the Sudanese Nile across the Red Sea to Yemen. A UNESCO World Heritage Site since 1980, Aksum today is replete with towering obelisks, ruined palaces, engraved tablets and other ancient artefacts dating back to its glory days. 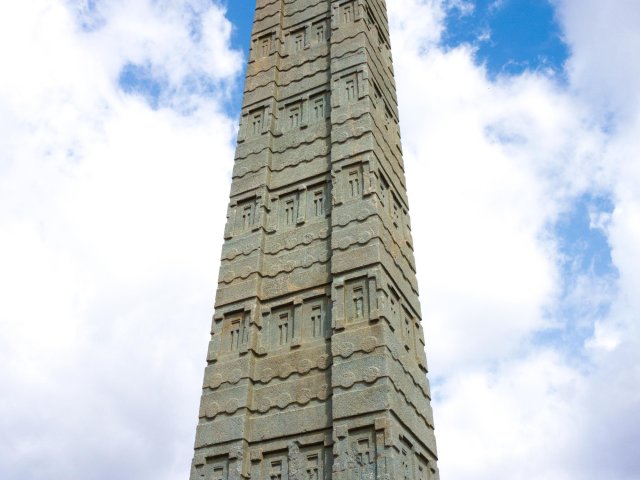 • Established shortly after Aksum's leaders converted to Christianity, the 4th-century Cathedral of Tsion Maryam (Mary of Zion) is Ethiopia's oldest church. The original church, modelled on Solomon’s Temple in Jerusalem, fell victim to the warrior queen Gudit in the 10th century, but the foundations of one of the original 12 temples is still visible. A replacement church, built in the 17th-century Gondarine style by Emperor Fasilidas, has a beautifully painted interior. 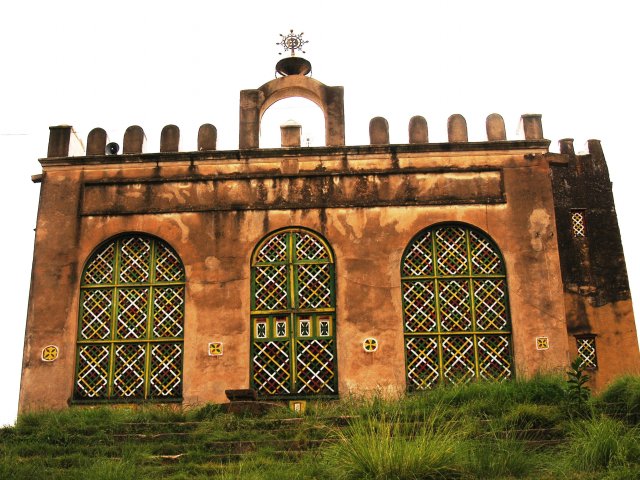 • Aksum's Chapel of the Tablet is said to be where the Biblical Ark of the Covenant now resides. According to legend, this most holy of Old Testament artefacts was carried to Ethiopia by Emperor Menelik I - son of the Queen of Sheba and King Solomon of Jerusalem - some 3,000 years ago.

• A pre-Christian Stelae Field opposite Maryam Tsion incorporates the tallest blocks of solid stone ever erected in ancient times. The largest of the giant stelae, a 33-metre tall granite megalith attributed to the 3rd-century King Remhai, toppled over and shattered whilst it was being erected. Alongside it, the two tallest standing stelae are both comparable in stature to a ten-storey building, standing 25 and 23 metres high.

• The Aksum Archaeological Museum displays a wealth of ancient artefacts uncovered around Aksum, ranging from 3rd century Aksumite coins to glasses imported from Egypt. • Other sites of interest include May Shum (also known as the Queen of Sheba's pool), the ruined Dongar Palace, a trilingual tablet inscribed in Sabaean, Ge’ez and Greek by King Ezana, and the 6th century tombs of Kaleb and GebreMeskel.