The 18th century Scottish traveller James Bruce described the Blue Nile Falls as: ‘a magnificent sight, that ages, added to the greatest length of human life, would not efface or eradicate from my memory’. Particularly in the rainy season, the waterfall known locally as Tis Isat (Water that Smokes) is a sensational sight, kicking up a thunderous wall of spray as it crashes over a 45-metre high cliff before being channelled into a frothing gorge.

From the village of Tis Abay, a splendid series of full frontal viewpoints can be reached along a 1.5km footpath across the 17th century Alata Bridge. Birders should check the riverine forest here for endemics and near-endemics such as blue-breasted bee-eater, white-cheeked turaco, black-winged lovebird and yellow-fronted parrot. 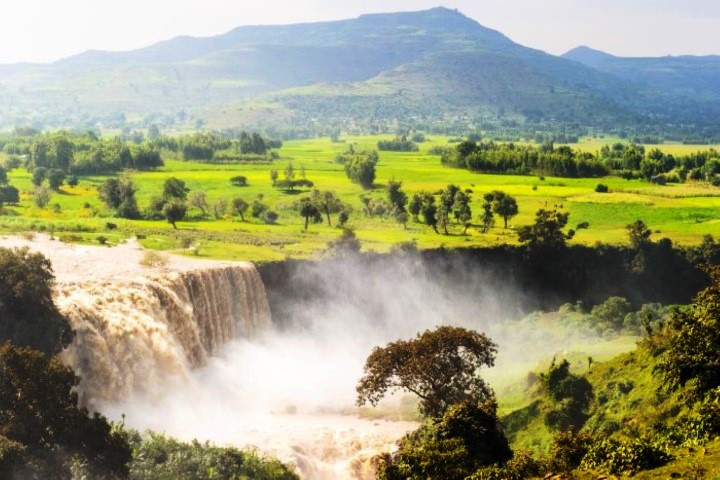