The Rift Valley and the Cultural Mosaic of the South
Misty highland meadows and tall escarpment forests make up much of Southern Ethiopia, but the region is also incised by the gaping kilometre-deep tectonic scar we know as the Great Rift Valley, its acacia-swathed floor dotted with beautiful lakes renowned for their diverse profusion of birds. The ethnic diversity of this astonishing region embraces modern cities such as Hawassa and Arba Minch, but also the walled hilltop warrens of the Konso Cultural Landscape, the remote tribes of South Omo, the singing wells of the desert-dwelling Borena, towering Dorze homesteads and thousand year old island monasteries.
• Lake Ziway’s Tullu Guddo Island is where Ethiopian tradition says the Ark of the Covenant was stowed during the 9th century, while nearby French-owned Castel Winery produces East Africa’s finest wines.
• Lined with resorts and ecolodges, Lake Langano, with its bilharzia-free waters, is both a popular weekend beach and water sport retreat, and a great site for bird watching.
• Named after the two large lakes within its borders, Abijatta-Shalla National Park is an important waterbird sanctuary, hosting up to 300,000 pink-hued flamingoes at the end of the rains.
• Thought to be 5,000 years old, the Shappe Rock Engravings, 15 minutes drive from the well-equipped town of Dilla, depict a herd of around 70 cattle on a vertical rock face..
• The hilly 58km2 Senkele Swayne’s Hartebeest Sanctuary is the easiest place to see the endangered endemic antelope for which it is named.
• South Omo is a unique cultural kaleidoscope populated by 16 different ethnic groups whose traditional ways of life include body painting and unique hair styles.
• The modern city of Hawassa offers some some fine lakeside wining and dining, and an abundance of aquatic wildlife.
• The environs of Yabello Wildlife Sanctuary, near the town of the same name, is the only place to see two ultra-localised Ethiopian endemics: Stresemann’s bush crow and white-tailed swallow.
• The fortified hilltop settlements, terraced fields and anthropomorphic grave-markers of the Konso Cultural Landscape have led to its inscription as a UNESCO World Heritage Site.
• Nech Sar National Park protects a spectacular landscape of mountains, lakes and forests, and it harbours 70-plus mammal species, as well as prodigious crocodiles and the endemic Nechisar nightjar - the latter arguably the world's rarest bird.
• The communal ‘singing wells’ at Dubluck are famed for the local Borena tradition of forming a chanting human chain to haul buckets of water from the well.
Mago National Park still supports a wide range of savannah wildlife, including lion, elephant, buffalo and various antelope. 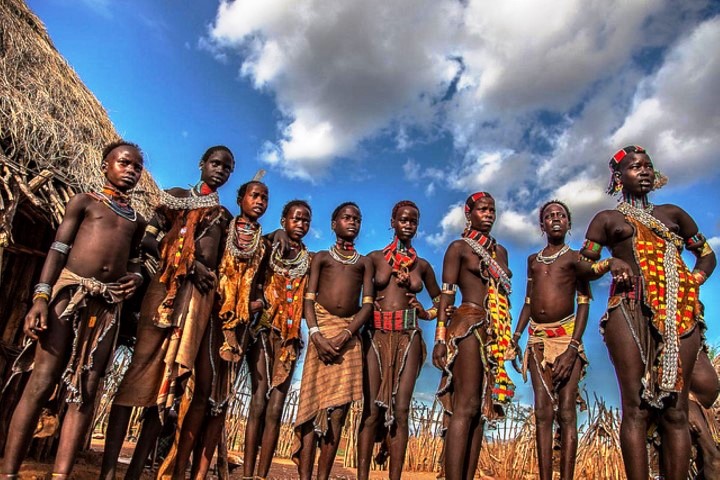 South Omo Valley region is a unique place for diversified ethnics with their untouched culture. Surma & Mursi (both ethnic’s women cut their lips to insert the clay plates as a sign of beauty), Bume and Konso, the Galeb (Dassenech), the Bodi, the Arbore, &the Hamer are major tribes, dwelling in southern Ethiopia. Lifestyles are as varied as the tribes themselves. Most Omo Valley tribes are experts on body painting, using clays and locally available vegetable pigments to trace fantastic patterns on each other’s faces, chests, arms, and legs. These designs are created purely for fun and aesthetic value. 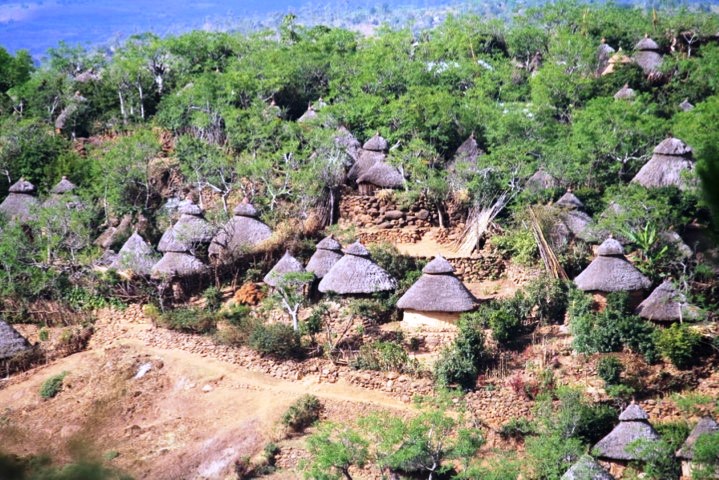