ROCK-HEWN CHURCHES OF LALIBELA
Comprising eleven churches and two chapels, Ethiopia's labyrinthine ‘New Jerusalem’, excavated by King Lalibela in the 12th century and still in active use today, has been dubbed the "Eighth Wonder of the World”. Hand-carved into the rock flake by painstaking flake, a process that would have required around 40,000 man-years to complete, Lalibela represents the apex of an Ethiopian church-excavating tradition that dates to the arrival of Christianity circa 350 AD. 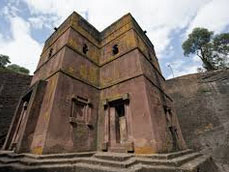 • Many of Lalibela’s churches are subterranean monoliths, created in two stages. First, a quadrangle of trenches up to 15 metres deep would be hand-cut into a horizontal rock surface. Only then could the artisans commence work on the actual church, which was excavated into a massive freestanding central block enclosed by the artificial trenches.
• The church of BeteMedhaneAlem, set in one such subterranean courtyard, is the world's largest rock-hewn excavation, supported by 36 internal and 36 external pillars.
• The most iconic church at Lalibela, BeteGiyorgis is a free-standing monolith carved in the shape of a cross and dedicated to its namesake Saint George. Legend has it that Saint George was so delighted when he saw his church that he rode his horse right over the entrance tunnel, leaving behind hoof prints that are still visible today.
• The impact of Lalibela is not limited to its architecture. This is also one of the very few UNESCO World Heritage Sites of comparable vintage that functions as a living shrine, one whose ancient stone churches have remained in active use since their excavation almost nine centuries ago.
• The countryside around Lalibela is studded with many other ancient churches. These include YemrehannaKristos, one of the finest surviving examples of Aksumite architecture, constructed in the 11th century with alternating layers of wood and gypsum-faced granite. 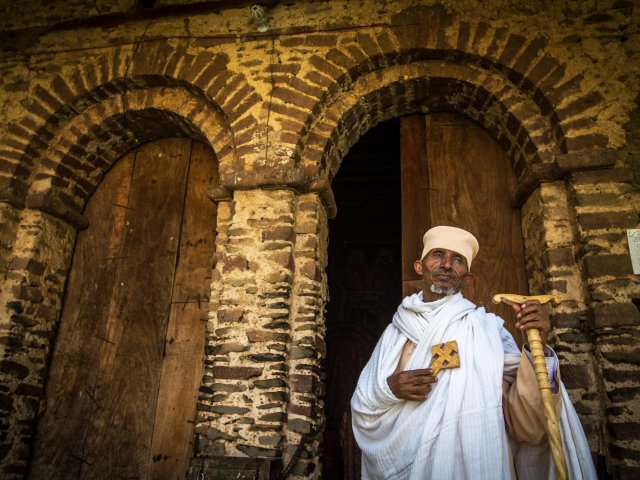